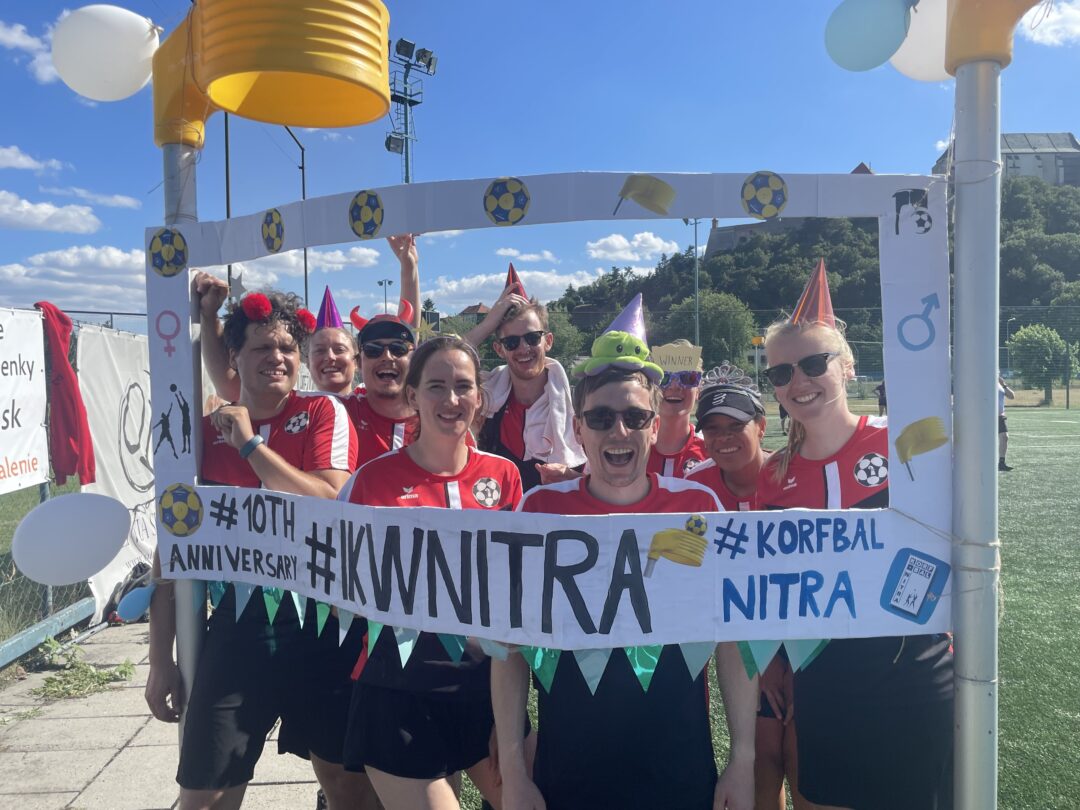 It’s been an exciting and busy year for Korfball Basel with winning the Swiss Alp league and hosting various tournaments. The team continues to work hard in building a strong reputation, garnering respect from the international Korfball community.

The Basel team continues to cement its position in the Korfball world, making waves not just close to home but now internationally. The Basel team represented Korfball in Slovakia at the Korfball weekend in Nitra. The tournament itself reached a milestone of 10 years, which made the attendance of the first Swiss team even more special.

With days to go to the tournament, even canceled flights couldn’t keep the team from participating, with some of the team even resorting to a 21-hour round bus trip via Zurich and landing mere hours before the start of the tournament.

The first match saw a playoff against the titans RSKV Erasmus, a Netherlands-based team; Korfball’s birthplace. Undeterred, Basel put their best foot forward and held a respectable defense against their attack, even managing to get a few shots in too. A win against Manchester Hawks A, was a major coup and bolster of confidence for the team.

The second day was a twist on traditional Korfball, one might say Korfball literally went on holiday. Based on sandy volleyball pitches in a gartenbad scenario, the atmosphere was competitive, but a lot more fun and relaxed; though the previous night’s festivities would have contributed to that. With some team’s players having had a bit too much fun the night before, there was recruitment of players across some of the opposing teams, which added an interesting dynamic to the games, as teams often played against their own teammates.

With the onset of muscle soreness, which made even a small climb up the stairs a major feat, the team came back tired but satisfied with their performance. It might have been a case of Basel (Basil) being better on pizza, but for a first attempt at an international competition with many newcomers, we have celebrated a first for Basel korfball. From here the only way is up.

A highlight of the final results is below: